After 8 days in the bush I was finally on my way back to Perth. I’d never done more than 6 days unsupported in the wilderness before and in the past I’d have been itching to get back to creature comforts, but I wasn’t actually that bothered this time. It’s a good thing I am so relaxed with extended periods away from civilisation as I have future hikes in the USA planned.

I was booked on the 1.30 pm TransWA bus back to Perth so needed to be at North Bannister in good time. My day would be the one hour walk back to the Albany highway, then a 16 km hitch or walk to the bus stop.

I didn’t want to get there too early as North Bannister is nothing but a bus stop and a closed road house that’s falling into disrepair. Then again, 16 km is a three hour walk if I couldn’t get a hitch and I did not want to miss this bus!

Needless to say the second car that passed me slowed down and I jumped in. The guy giving me a lift was originally from Forfar in Scotland. We rekindled the famous football scoreline…Forfar 4 East Fife 5.

The 16 km took no time at all and I was dropped off at the bus stop at North Bannister. I had over three and a half hours to wait for the bus! I sat outside the old road house wishing that the alcoholic owner had never abandoned the old place!

Time passed slowly and I was considering hitching back to Perth instead of waiting for the bus, but it seemed so far to hitch and instead I crossed over the highway and had some lunch by the bus stop.

Finally the bus showed and I was very relieved to see it slow down to pick me up. This bus stop is literally in the middle of nowhere and it would have been easy for the bus driver to have missed me, so my brain was telling me!

I chose my seat on the bus conscious that I was probably the only passenger not to have showered for a week (pretty sure that was not the case!). I found two spare seats together and plonked myself down, already plotting which variety of wine to buy from the Woolies bottle shop.

A lady behind me asked if I was the guy walking the Bibb who’d put a message on the Facebook group page a day before, basically asking if it was possible to camp or stay somewhere near the bus stop. We had a good old chat and before I knew it we were back amongst the modest skyscrapers of downtown Perth.

I am now sitting out a period of bad weather and planning another week or so of the Bibbulmun further South. I am pretty keen to do the Walpole to Denmark section, which seems to be everyone’s favourite.

The spring weather looks to be returning this weekend, which is a relief! 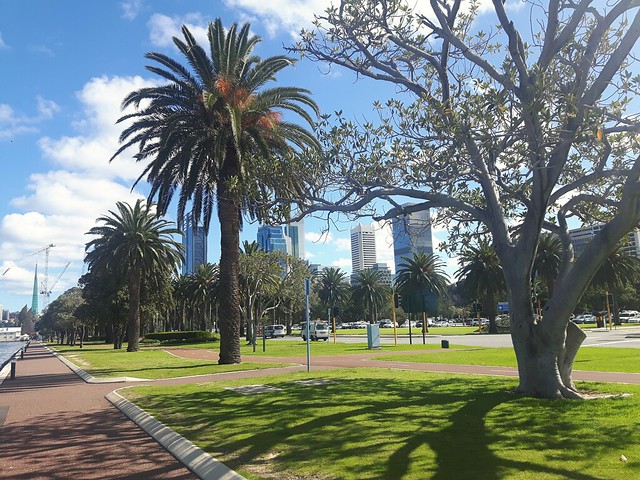